On June 16, 2003 Women on Waves set sail for Poland. We were invited by a coalition of Polish women's organisations called the "STER committee- women decide", to support them in their struggle for legal and safe abortion. In the mobile clinic of the ship Langenort, Women on Waves offered a range of activities and services including workshops and information on sexual health. In additions to these services, the medical staff could also provide safe and legal early medical abortion care (till 45 days of pregnancy) after sailing into international waters, which is 12 miles off the coast, where Dutch law applies. 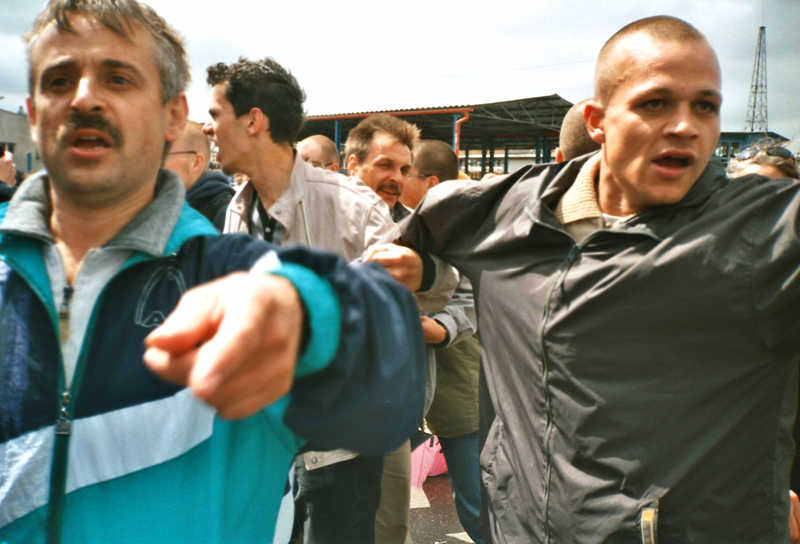 A protest at the dock of Wladyslawowo, next to the Langenort. Copyright Women on Waves 2004.