On Saturday June 27 th, 2015 the Abortion drone flies for the first time packages of abortion pills from Frankfurt an der Oder in Germany to Słubice in Poland.

The Abortion drone will mark the different reality for Polish women to access to safe abortion services compared to other women in Europe. In almost all European countries abortion is legal, only in Poland, Ireland and Malta abortion is illegal and women’s rights are still violated.[1] 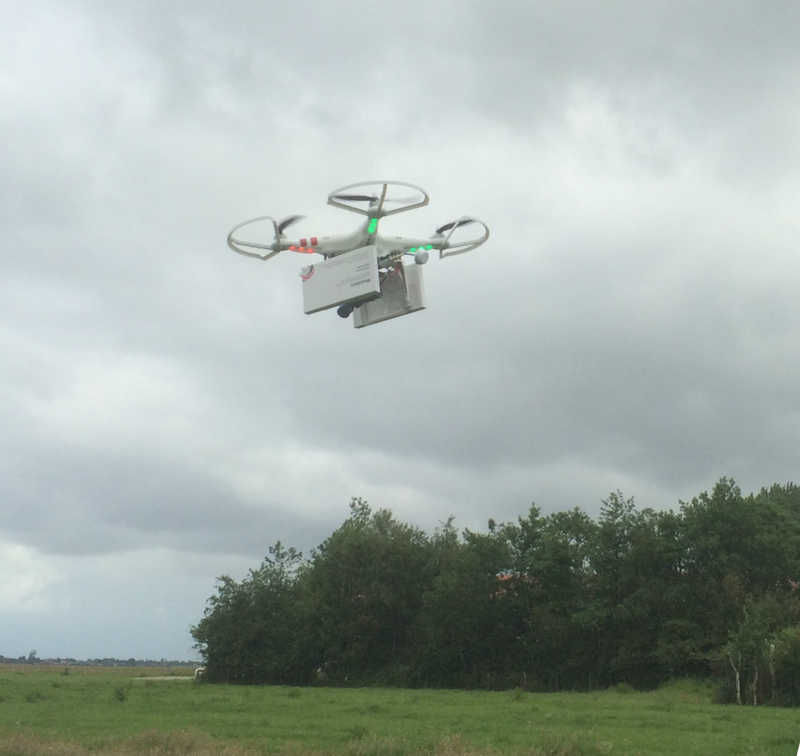 So drones can also be used to provide safe abortion pills by uploading the package in Germany, where abortion is legal and delivering it into a border town in Poland where abortion is severely restricted since 1993. The only exception is in cases of rape or incest, when woman's life is in danger, or if there is potential damage to fetus, and even in these cases, abortion is very difficult to obtain.

As the Abortion drone weighs less than 5 kg, is not used for any commercial purposes, will stay within the sight of the person flying it and does not fly in controlled airspace, no authorization is required under Polish or German law. [2] [3]

Abortion reality in Germany and Poland

According to the World Health organisation “In countries where induced abortion is legally highly restricted and/or unavailable, safe abortion has frequently become the privilege of the rich, while poor women have little choice but to resort to unsafe providers, causing deaths and morbidities that become the social and financial responsibility of the public health system” and “Laws and policies on abortion should protect women’s health and their human rights. Regulatory, policy and programmatic barriers that hinder access to and timely provision of safe abortion care should be removed.” [4]

Germany, a country with 80 million population and one of the lowest abortion rates in the world (together with Belgium and the Netherlands) had around 99700 abortions in 2014 according to the German National Statistics bureau.[5][6]

The official number of abortions in Poland, a country with 38 million inhabitants, is only 744. If the abortion rate in Poland is as low as in Germany, in reality at least 48000 underground abortions take place in Poland every year!! Probably this number is much higher, as there is a lack of appropriate sexual education and accessible contraceptive services.  Estimates are that at in reality least 5 times more, or  240000 abortions are done in Poland (44 per 1000 women in child bearing age have an abortion every year in Poland compared to 7 in Germany) [7]

There is also an urgent need for compulsory non-biased sexual education and easy access to all forms of contraceptives, including sterilization (which is also prohibited in Poland)[8].

The medicines used for a medical abortion, mifepristone and misoprostol, have been on the list of essential medicines of the WHO since 2005 and are available in Germany and almost all other European countries. However this medicine is still not registered in Poland.

In Poland, a pregnant woman cannot be subjected to punishment for illegal abortion or for any other action leading to a miscarriage.[10]

For more information about the participating organizations