Occasionally Women on Waves is accused of being a media stunt, a PR machine only set up for the hungry eyes of the press. Supposedly, they only stir up a lot of trouble in peaceful Catholic countries where women do not have the right to decide what can be removed from their uterus. Apparently, there are people that think that Women on Waves is mainly a form of Chairitertainment which does not offer any real practical help. 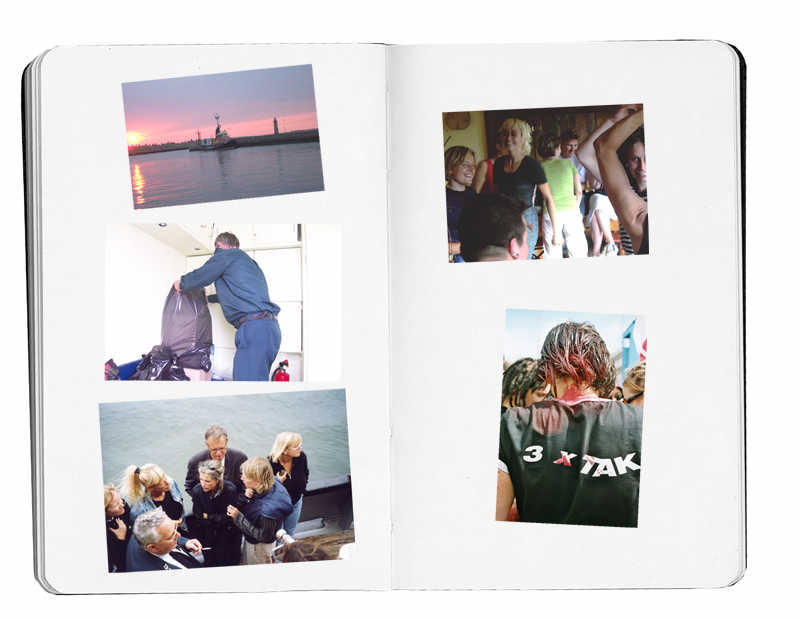 But after Women on Waves visited Poland, where hundreds of woman given information, information not only about abortion, but about contraceptives, birth control, safe sex and family planning, an enactment was introduced to parlement to legalize abortion. Perhaps Women on Waves could not save thousands of Polish women from an unsafe illegal abortion during the two weeks the Langenort was in Poland, but perhaps they can save Polish women from unsafe and illegal abortions in the future.

What follows in the contents of this Polish diary, are the day to day thoughts which ran through the heads of the volunteers faced with a situation that was unacceptable to them. It contains quotes from the two week front page press coverage, letters from politicians supporting the cause, hate mail, conversations recorded on the hotline, and photographs of everyone involved, the feminists, the volunteers, the police, the pregnant women and the skinheads.

All this and more has also been published in the book Women on Waves - Poland, which is available from our online shop.