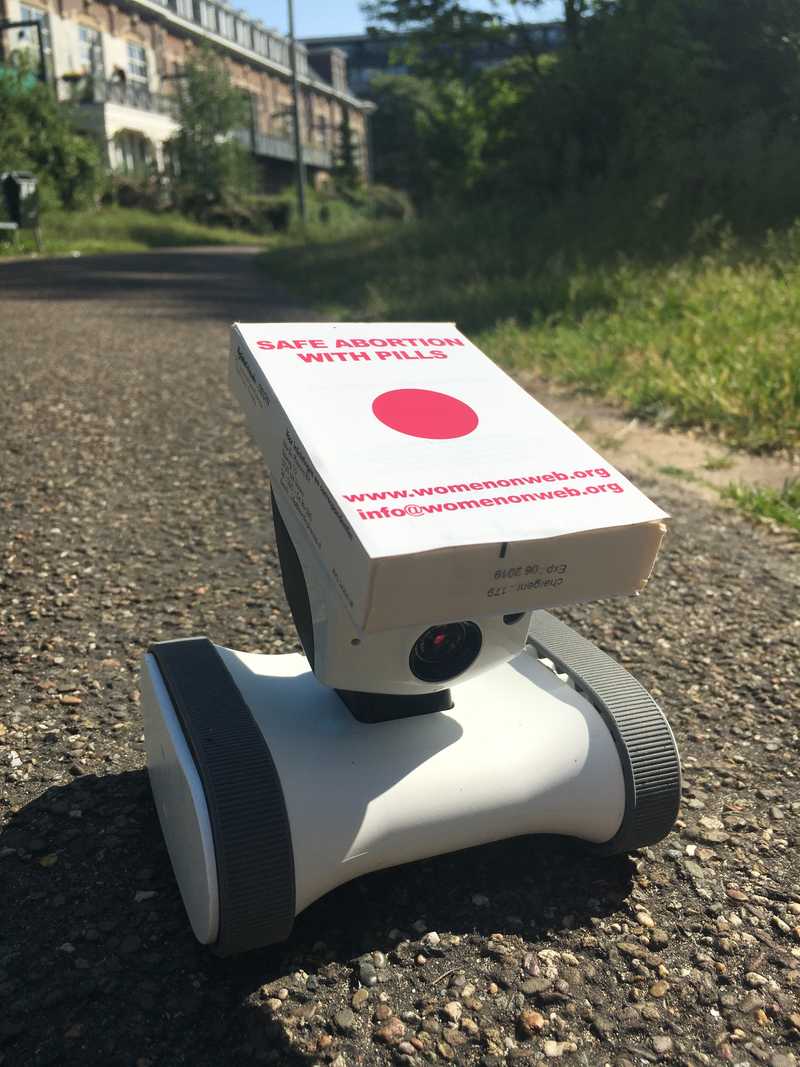 With the robot the abortion pills can be supplied to women in Northern Ireland without breaking the law because the robot is operated from the Netherlands.

Although the women in Northern Ireland would break the law if they were pregnant while taking the abortion pills, this is a matter of patient confidentiality and forcing women to undergo a pregnancy test would be a severe violation of their human rights. Furthermore recent guidelines by the Department of Health, social services and public safety adviced against asking about the use of medical abortions and denouncing women and in April 2018 the Belfast city council passed the abortion pills motion against prosecutions.

The abortion robot will mark the different legal reality for Northern Irish women, who still have to rely on to rely on new technology, like telemedicine, drones and robots that use international legal loopholes to protect their rights.

The abortion robot event will take place in 2 locations at the same time: in Amsterdam and in Belfast, Northern Ireland.

The robot operators and a doctor who will counsel the women in Belfast remotely though the robots are based in Mediamatic, Dijkspark 6, Amsterdam. Live images of the robot will be projected.