Abortion was legal in Poland until 1993, only 10 years ago. After the fall of the communist regime, the Catholic Church managed to push its aggressively anti-abortion, anti-contraceptives stance onto the mainstream political agenda. Every year since 1993 between 80.000 and 200.000 women seek illegal abortion services within Poland and many are forced to travel abroad to obtain abortions. Since 60% of the women in Poland live below the poverty line, many women can neither afford the option of travelling abroad nor are they in a position to pay the high fees of an illegal abortion. 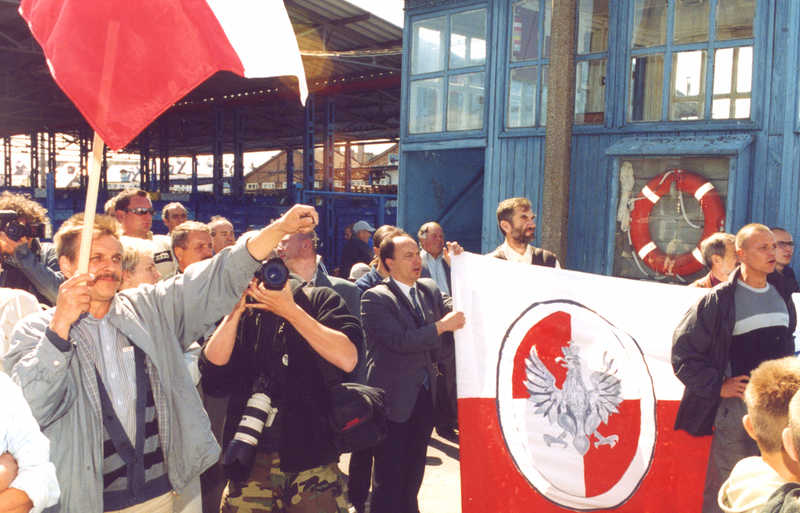 A pregnancy can only be terminated in order to protect the mother's life, if the foetus was irreparably damaged, or if the pregnancy was the result of rape or incest. Even if a woman is entitled to have an abortion according to the law, hospitals often refuse to provide it. Women seeking abortion services are not liable to any punishment. However, the abortion provider can be imprisoned for 3 years. An estimated 80,000 to 200,000 Polish women terminate their pregnancies illegally each year. But abortion tourism and underground abortion services are inaccessible for women with no means and 60 % of the women in Poland live under the poverty threshold.
During the campaign for the 2001 general election, the now-ruling Democratic Left Alliance promised to liberalize abortion but instead it sought the support of the Roman Catholic Church to join the EU. The Church offered its backing on one condition: that the existing abortion laws willould remain in place. Roman Catholic officials in Poland had to "demand" that European Union officials add a clause to the treaty that upon entrance into the European Union Poland's anti-abortion laws will remain intact. The Polish government caved in to the Church's pressure and send a letter to the European Union to seek assurances that "no EU treaties or annexes to those treaties will hamper the Polish government in regulating moral issues or those concerning the protection of human life.â€?
The EU referendum took place on June 8 and 9, 2003 and the majority of the Polish population voted for joining the EU.