In February, August and September 2011, Marlies from Women on Waves, traveled to Rajbari in Bangladesh to give a safe abortion training to medical doctors in Rajbari, as well as healthcare providers who have no real medical training, midwives, and Traditional Birth Attendances (TBA). 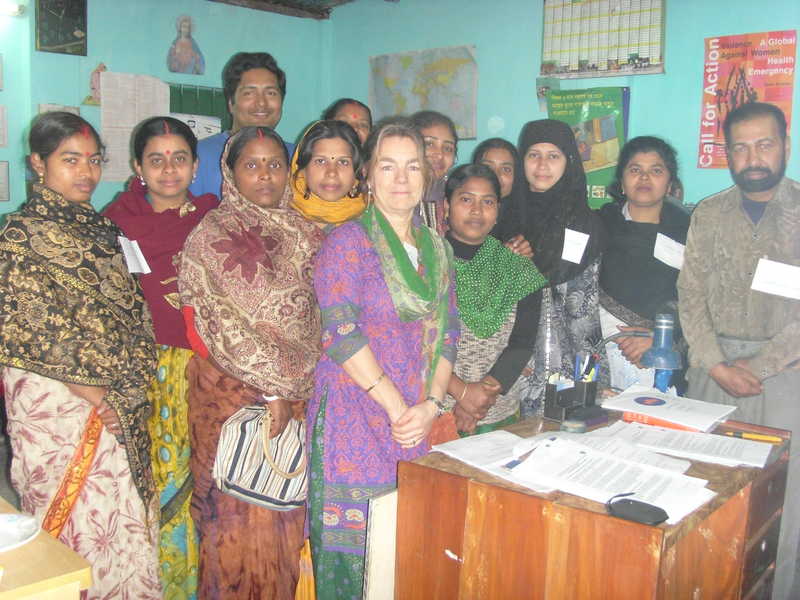 In the penal code of Bangladesh abortion is only allowed to safe a woman’s life. However, menstrual regulation is allowed and MVA is not seen as termination of pregnancy, but rather as a method for establishing nonpregnancy. MVA is therefore available, despite this there is still a high rate of septic abortion in Bangladesh.  A lot of abortions are performed by “quack doctors”, and TBA (Traditional Birth Attendances). Although there is a Mary Stopes clinic in Radjbari, it is quite expensive. While MSI claims to have a special price for the poor, women don't tend to go there.

Although misoprostol is available everywhere is almost no use of misoprostol,  because the government did not promote this medicine until January 2011. By then the National Technical Committee made positive decisions about the use of misoprostol for the prevention of PPH (2 tab of 200mcg) and Post Abortion Care (PAC). There is also a discussion about the combined use of Mifeprostone & Misoprostol, and clinical study are being conducted.

The women reported to have helped 27 women by giving them information about safe abortion with Misoprostol in one month. Of these 27 women 2 had no follow up (left to another place), 3 failures (afterwards 2 curettage in hospital, 1 curettage at home by hospital nurse), 1 incomplete abortion (curettage hospital). There were almost no complaints (one allergic reaction: stopped using Misoprostol after first dose, but had abortion anyway). One doctor told one woman it was dangerous to use this. (the patient trusted the women and not the doctor!).

Another meeting was attended by 10 men, who all had different experience, varying from 3 months up to 25 years working as a village doctor (VD) (no formal medical training). None of the participants had treated women themselves for safe abortion or prevention of PPH, but referred them to other doctors in the hospital, and even to the Mary Stopes Clinic. Most of them only have had a training of 3 up to 6 months, and they don’t get any further training afterwards (although they were interested in more training). By lack of general practitioners, people first go to these VDs for their treatment and medication of all kind of illnesses. They see about 15 to 40 patients per day and collect no fee, but get their fee from prescriptions that vary from antibiotics, anti-conceptions to herbal medication. This means that every patient gets a prescription (of which many antibiotics).

A third training was attended by 10 female TBA’s, with a variety of 10 up to 24 years of practice experience. They were all illiterate. All of them were taught by another TBA and only in practice experience. They had very few attributes to work with: no birth delivery kit (WHO), no tools for measuring blood pressure, no stethoscope (they listened to the heart beating of the baby with their ears on the belly of the mother, which is possible, but very difficult). The tools they used were: a new or cooked razor blade, a clean and strong wire, soap, gloves and a sheet. They seemed to be determined not to do a home delivery when there were any problems on forehand in prenatal care, which they did not do themselves but was, or should be done in special clinics, or a maternity hospital. They “knew” about women dying, but had no specific stories. The TBAs were very interested in learning about the PPH method with Misoprostol. The MR/ abortion part interested them as well, to know. However, when they met women with a question for abortion (they all had this experience!), everybody sent those women to the hospital, were there would be taken care of as well, although there were stories about infections as complication. During the training also life support for a baby was added, as was indications for sending women to the hospital and subjects concerning delivery. Everybody was active during the role plays in a group (as they could not read the program).