Sky-rocketing the right to safe abortion: between borders and drones

This Saturday, Women on Waves flew its first abortion drone between Germany and Poland. 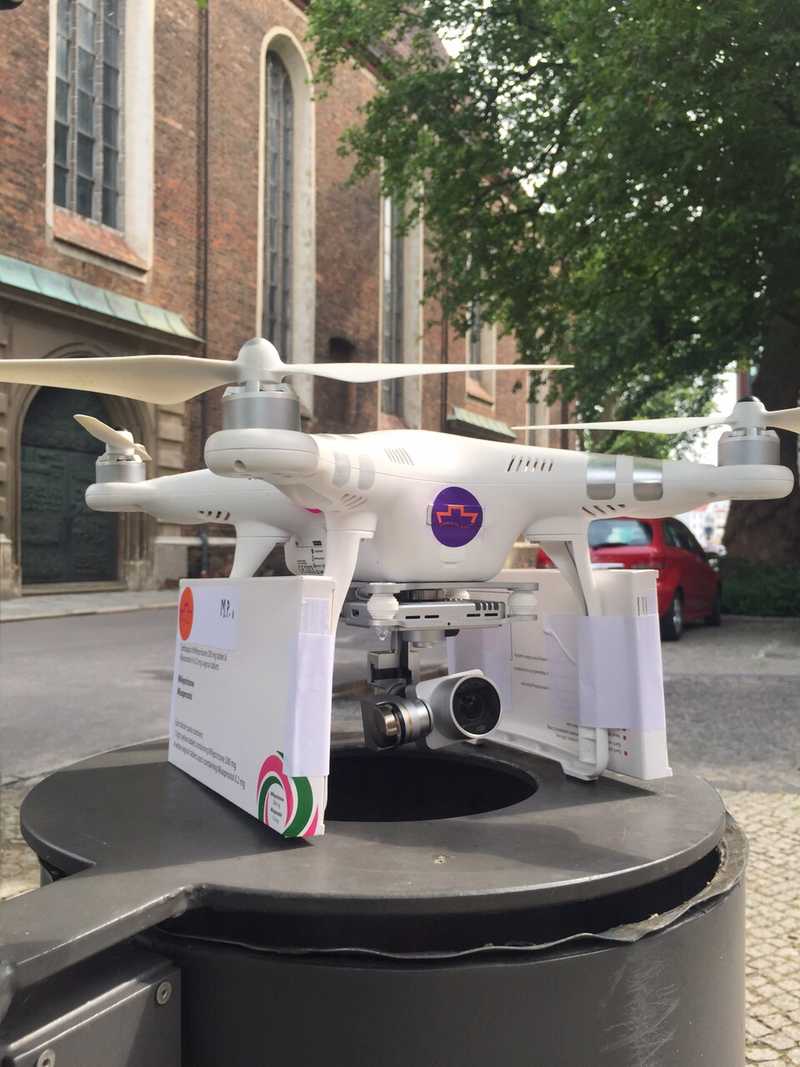 The Abortion Drone left at 11.00 in front of the Konzerthalle Carl Phillip Emanuel Bach in Frankfurt an der Oder and landed at the opposite side of the river in Slubice, Poland. After the drones left, the German Police tried to intervene but the drone pilots were able to safely land the drones at the Polish side. Two Polish women swallowed the abortion pills that were delivered to them by the drones. The German police confiscated the drone controllers and personal iPads and pressed criminal charges but it is totally unclear on what grounds. The medicines were provided on prescription by a doctor and both Poland and Germany are part of Schengen.

The campaign is a partnership among Women on Waves, Cocia Basia, a German-based organization to help Polish women to grant safe abortions and the Feminteka Foundation, besides the informal collective  Porozumienie kobiet 8 marca. This project aims at highlighting the different realities of Polish women for access to safe abortion, compared to other women across Europe. In fact, in almost all European countries abortion is legal, except in Poland, Ireland and Malta, where women’s rights are still being violated.

If in the high seas the metaphor of sovereignty was strongly embedded in the campaign - that is, the women needed to leave the State’s sovereignty to reclaim their own, the message of the drone is that of paradoxes. The drone’s range is, at most, of a hundred meters. However, between these hundred meters, lies an abyss.

In one side of the border, women in need of a safe abortion simply walk in into the public health system and have the procedure safely. Yet some meters later, the issue is another. Abortion is not accessible and women need to have resource to organizations, some trustful, others not, and endanger themselves with unsafe methods in order to have a choice. They can risk their lives in procedures that, a hundred meters from Poland, is safely performed, being actually one of the safest medical procedures there are.

The drone didn’t go a long way and, in having done so, it highlighted the results of approaching abortion in different ways, with very contrasting results: a safe abortion versus its unavailability. In Germany, as well as in the Netherlands and in Belgium, the rate of abortions is one of the lowest in the world. There’s around 99.700 abortions per year among a population of 80 million persons.

In Poland, there’s another reality. At least 48.000 Polish women per year do not have access to safe legal abortion services.  However the estimates of the WHO are even much higher: approximately 240.000 abortions every year for a population of 38 million.

The drone, therefore, is articulated to express the differences between the two policies. At the beginning of the drone’s way, abortion is so accessible it can be carried out by drones. At its landing, it’s so inaccessible, it has to literally fall from the skies.

While countries decide in which side of the drone’s way they prefer to be, women won’t remain silent and passive watching the political discussions. With agency, creativity and subversion, abortion medicines will appear in the skies, in a miracle to make even the most cynical believe that when women work together and in solidarity with each other, the sky is the limit.