Exhibition: I had an Abortion 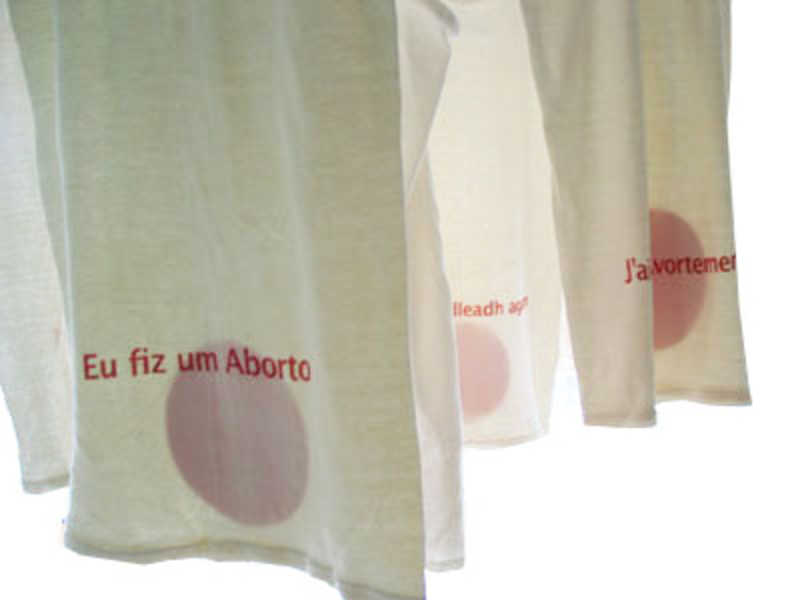 The projects initiated by Women on Waves cross borders between nations, land and sea, law and art, medicine and fashion and serve to create public awareness in countries where abortion is criminalized.
ACT (Art Communication Tool) is a multi discipline communication project developed by Women on Waves and Willem Velthoven. A mix of print, interactive storytelling, bullet-proof dresses, T-shirts and an on line community will be fabricated. In May 2003 during the First Biennal in Thessaloniki, Greece and July 2003 in the Mediamatic Supermarket, Amsterdam exhibitions, we showed the first prototypes. The idea behind ACT is that by making the reality of abortion visible, change will be catalyzed. As long as women keep silent about their abortions and continue to bear the shame, lawmakers will succeed in keeping abortion illegal, women will continue to be ostracized and society will continue to ignore the problems caused by illegal and unsafe abortion. By placing your picture on the web, by sharing your story or by wearing the "I had an abortion " T-shirt, you can take a stand and show your solidarity with women who have no option. You can give the 53 million women that have an abortion each year a face and a voice.