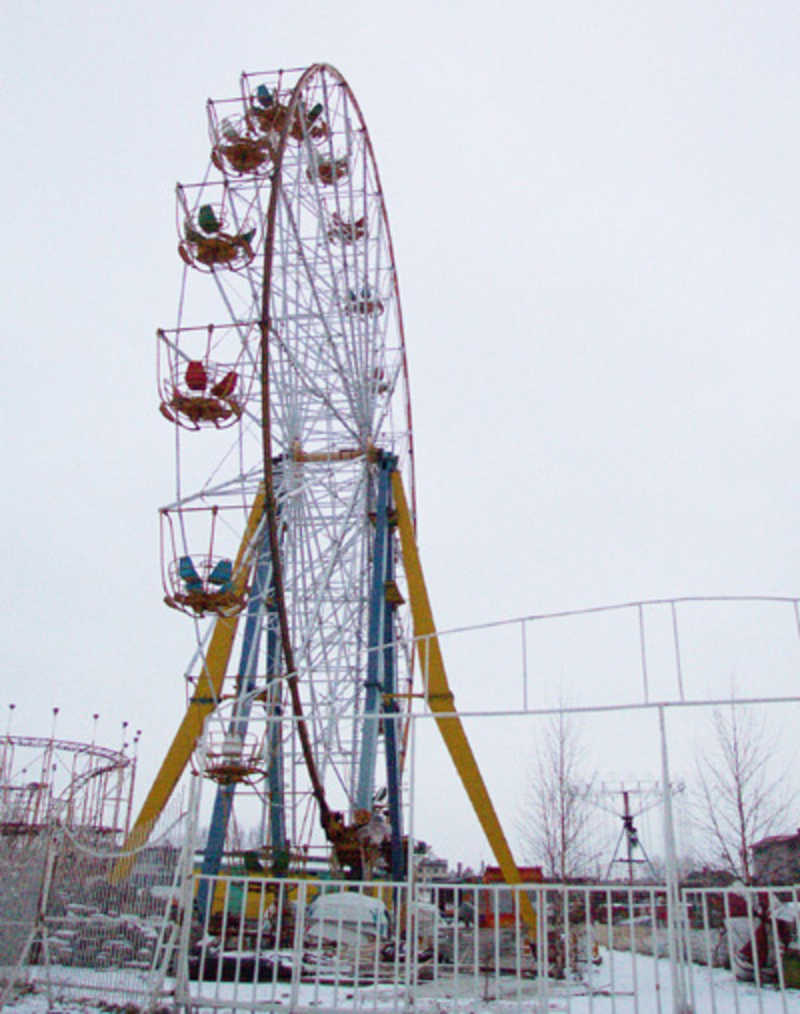 The Langenort has to be in international waters for dutch law to apply onboard, and thus for Women on Waves to be able to administer the abortion pill. A house is rented in Wladyslawowo where the volunteers will stay during the two week campaign.

March 2003
After consulting with the Ster Committee we decide to sail to Wladyslawowo instead of any of the other harbours such as Gdansk or Gdynia. As port of call Wladyslawowo has some advantages. In both Gdynia and Gdansk international waters begin 22 miles from port, compared to only 12 miles from Wladyslawowo. The port of Wladyslawowo is relatively small and the circumstances of the berthing place can be investigated in advance. Potentially the harbour authority in Gdynia or Gdansk could berth the Women on Waves ship far from the centre of the harbour in an industrial terrain as happened in Ireland, making the ship relatively inaccessible to the public. Preliminary knowledge about the ship's berth also has great advantages for the creation of a security strategy. In addition to these advantages, Wladyslawowo is a holiday resort. We hope that the arrival of the ship will attract visitors from all over Poland who are curious about the ship. Public transportation from Gdynia/Gdansk and even Warsaw to Wladyslawowo is frequent and inexpensive and thus does not restrict women from seeking access. We rent a house in Wladyslawowo where the Dutch and Polish volunteers (who will be coming from all over Poland) can stay during the 2-week campaign.

April 2003
The crew, press team, medical team and translators team are all in place.
Margreet will once again be our captain. Sjoukje will be the mate. Noortje, Heike, Shawnna and Monica will be the deckhands, later joined by Riki and Weronika. Piter is the engineer who comes with the rental of the ship, and Jan is invited along to assist by Women on Waves. Our medical staff consists of Gunilla, Juul and Rebecca. Jeannette and Sladjana set to work forming our press team. Yvette, Beata and Maria will be our Polish translators. Hanka also helps with translating all the folders into Polish but can not come to Poland. Lotte will film our campaign.

May 2003
More then 50 volunteers in the Netherlands and Poland receive security and media training by Margie and Susie of the Feminist Majority Foundation along with Jeannette, Sladjana and Rebecca from Women on Waves. Margie and Susie have researched the anti-abortion extremists from the United States and found that these groups have visited Poland regularly and possibly even trained the Polish anti-abortion groups. We discuss the tactics of the Polish anti-abortion groups as well as the best response to the possibility of large protests.

Margie, Susie and Rebecca continue to investigate the harbour in Wladyslawowo. Marzena sets up a meeting with the head of a private security firm we are considering hiring for the campaign.