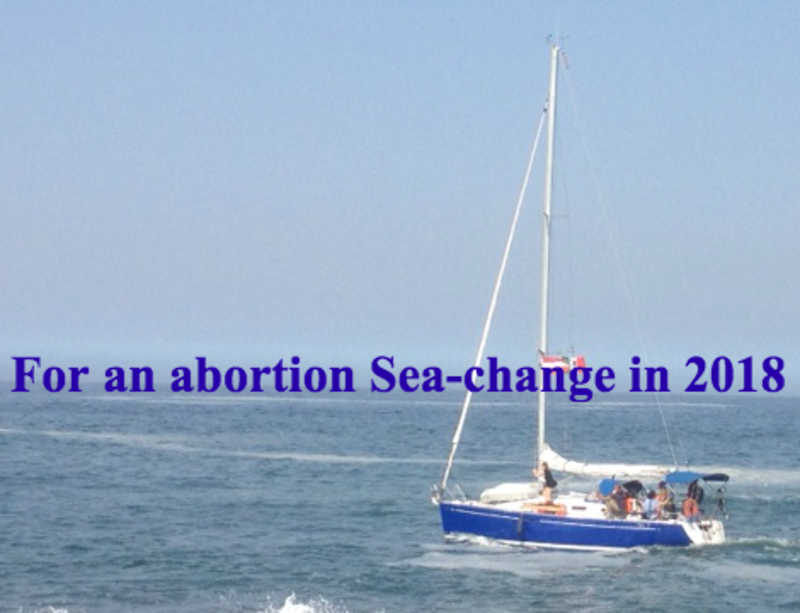 The world has been in turmoil for yet another year, also concerning abortion. While Bolivia and Chile moved to relax their very restrictive abortion laws, the US imposed more statewide restrictions and banned international funding for organisations that have any abortion related activities.

It has also been a really active year with many campaigns and achievements for both Women on Waves and Women on Web.

When Women on Web started more than 11 years ago telemedical abortion provision was still controversial but now it is considered safe abortion care as Bela Gunatra a researcher from the World Health Organisation stated in the Guardian last October: “ If they access the pills through a telemedical service such as Women on Web which gives them information and support, the study classifies this a safe abortion”

This year we showed again what distinguished us is the high quality of our care and the development of new strategies that influence public opinion and lead to change of policies and laws. Only when abortion pills become legally and easily available, will all women, also those with difficult social economic circumstances, be able to acces this much needed healthcare service.

So lets have a look back at some of the highlights of 2017.

But the main achievement of this year happened in Ireland after having worked together with the Irish Parliamentarian Ruth Coppinger and the grassroots organisation ROSA for the past 3 years to create awareness about the abortion pills (Abortion train in 2014, Abortion bus 2015 and 2017 and the Abortion drone 2016).

In support of a law proposal to legalise abortion in October 2016 by Ruth, a scientific study about the number and experience of women who used the Women on Web service was published in BJOG. Another study about the safety, effectiveness, and acceptability of the use of medical abortion in Ireland was published in May this year in BMJ.  These scientific studies caused a sea-change. Abigail Aiken the main researcher was invited to testify before the Joint Oireachtas Committee on the Eighth Amendment last October.

In September of 2017 most Fina Geal ministers still believed only a very restrictive abortion law would pass and none of the 4 big parties supported legalising abortion till 12 weeks.

However the testimony about the use of abortion pills in Ireland swayed the opinion of all the parliamentarians, even the conservatives. And on December 14 th, 2017 the Oireachtas committee advised the legalisation of abortion for all women up to 12 weeks of pregnancy. As Fine Gael minister Regina Doherty stated in December: "I think the state has finally really recognized that we have a problem  with women buying illegal abortion pills online and we realize we need to mind those women….”

Many Ministers have now come out in support of the proposed law change.

The referendum is expected to take place in May or June 2018.

So our New Years Wish for 2018 is that we will sway many more abortion decisions in 2018!!  And with your support we can really do it! (please click here to make a donation for Women on Waves or Women on Web)

Thank you so much!

On behalf of everybody working with Women on Waves and Women on Web and women from around the world.

" This service is a vital support for women and I know there are lots out there, who are trapped without access to choice or bodily autonomy. Regardless of the outcome, speaking to you has been such a support when I have been sure that no-one would understand or judge my situation. I am so thankful that you exist. "

"thank you very very much for your help you're such good people I can't thank you enough."

"Hello, I am now literally lost for words and overwhelmed by this kind gesture. This has to be the height of love, magnimity, and genuine concern. I thank the Women on Web community. I will never forget this humanitarian service being offered to someone in need like me."

"Firstly, can I just say thank you. Thank you for being available and accessible for me at a time that I was unable to access services. "