What was the effect...

On the 20 th of June 2003, the Women on Waves vessel Langenort arrived in Polish waters. After 2 days of struggle, the ship moored in the harbour of Wladyslawowo. The ship was greeted by a large group of supporters and some protesters from the political party League of Polish Families (LPR) who threw eggs and red paint at the supporters and the ship. 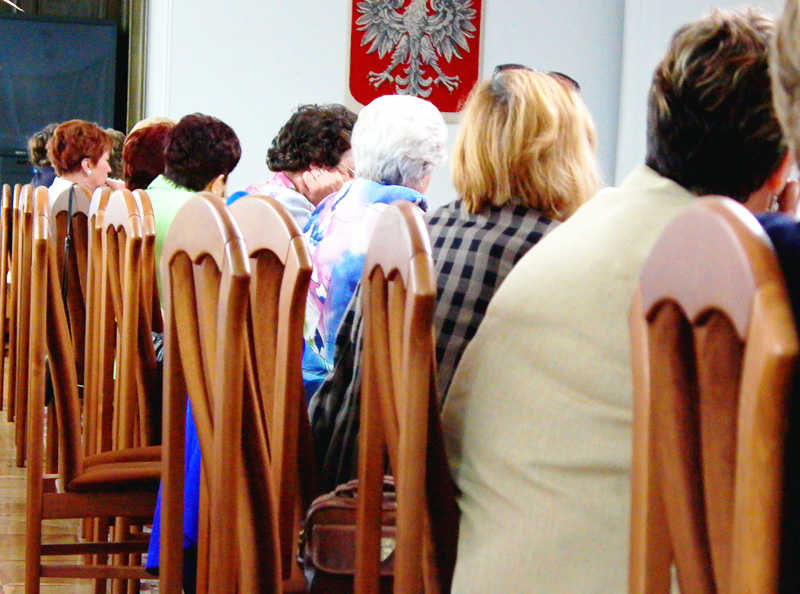 During the 2 weeks stay in Poland, Hundreds of women in difficult social and economic circumstances, some of them in great despair, called the Women on Waves hotline. The hotline was publicized through the media. Dutch and Polish speaking volunteers answering the hotline worked under the supervision of the medical staff.
We were not able to talk openly about the abortion services in Poland because our lawyers were concerned it could possibly be a violation of the very restrictive Polish anti-abortion law. The existing Polish law is a violation of the basic human right to give and receive information, as agreed in the European Convention of Human Rights, an agreement that Poland has signed.

Some women calling the hotline had already tried to provoke an abortion themselves, others begged us to send "the pill". Women were prepared to come from very far away to sail with the ship and obtain our services. This indicates that abortion is a fact of life for women in Poland. These women are entitled to have access to good health care, including safe and legal abortion services. Instead they are deprived of information and the medical care they so urgently need. They are discriminated against and isolated because of the taboo surrounding abortion and the Polish anti-abortion law. One Polish woman told the press that she appreciated the help given by the team on board the boat. "I am terrified and I do not know what to do," she told AFP. "I do not want to go to an illegal abortion clinic, where doctors will treat me like a criminal. The women on Women on Waves have really taken care of me and are giving me advice on what to do."

Despite protests and threats from anti-abortion groups, women came to the ship to seek our help. We were able to deal with the protests and we developed strategies to protect the privacy of the women that sought our help. The ship was able to sail out to international waters 3 times and our medical staff provided the abortion pill to 10 women. Each time we returned to the harbour the Polish customs officials found the seal of the medicine chest had been broken and that some of the abortion pills had disappeared. The crew had the right to remove customs seals once the ship was outside Polish territorial waters. On board the ship, Women on Waves supplied information and education on all sexual health issues.
Aftercare was provided after the ship returned to the harbour. All women we have been able to help were extremely grateful and are doing well. There have been no medical complications whatsoever.

The local prosecutor started an investigation concerning accusations from Polish extreme right political groups that Women on Waves was performing illegal abortions in Poland and introducing illegal abortion pills into Polish market. The investigation lasted 4 months. In November the prosecutor's office stated that accusations against Women on Waves had been dismissed. The lawsuit was discontinued due to the lack of evidence of breaking the law. The prosecutor admitted that no illegal abortions have been performed on Langenort.

The Women on Waves campaign succeeded in bringing attention to the Polish society the need for legal abortion. Due to our presence, abortion was discussed openly and in depth in the media, on the streets, in homes, bars and parliament. For more then 2 weeks abortion was the main topic in all newspapers, television and radio. During our stay we witnessed an enormous change in the way the discussion about abortion takes place. In newspapers and on television the issue was finally discussed with substantial arguments and the need for this medical service by women was addressed. Most of the international media also covered the story. BBC news broadcasted several news reports and there have been articles in all main American and European newspapers. A documentary about the project has been made by the BBC programme ‘Correspondent’.

The ship has had an enormous effect on the public opinion as shown by opinion polls done after the ship had left Poland At 12 July Polityka did a survey that showed that 65% of Polish population supported the Women on Waves campaign. Statistics gathered from the surveys done by the Centrum Badania Opinii Spolecznej (the official Polish polling bureau, published in September BS /139/2003) have shown that 61 % of the people in Poland want abortion to be liberalised. Before the ships visit (fall 2002) 44 % of the population was for the liberalization of abortion on social/economic grounds. After the ships visit to Poland (fall 2003) this percentage was 56%, an increase with 12 % ! The polling bureau writes in its report that this increase might be the result of the Langenorts visit to Poland.

As a result of the project the initiative of legal change has been established. In October Legislators of the ruling leftist party (Social Democratic Alliance, SLD) publicly presented plans to liberalize the nation's strict anti-abortion law. According to the proposed regulations, abortion will be legal on request before the 12th week of the pregnancy.