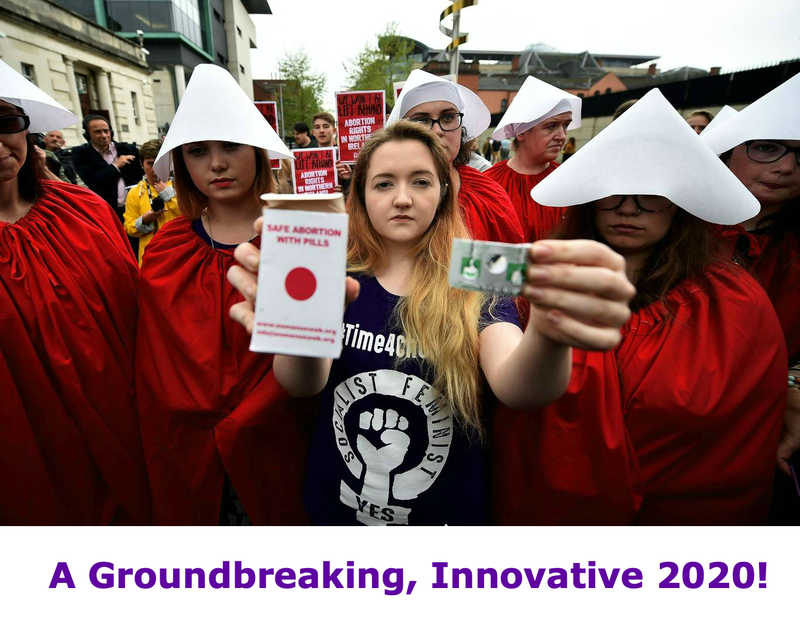 In 2019 Women on Waves and Women on Web continued working towards a world with more social justice for women and people with an unwanted pregnancy who need a safe abortion by facilitating access to abortions with pills; to make obstacles to safe abortion care visible and catalyze policy and legal changes. It was a year of internal growth, scientific publications and the start of a new really exciting project.

We would like to use this opportunity also to update you about Aid Access, a personal initiative of Dr Gomperts and financially or legally not related with Women on Waves and Women on Web.  Aid Access is a new global telemedical abortion service for women who cannot otherwise access safe abortions because of costs, domestic violence, distance, or other reasons. On March 8, Rebecca received a letter from the FDA ordering her to stop the service. This letter was applauded by 117 Republican members of Congress of the USA. September 9th, Dr Richard Hearn, who represents AidAccess pro-bono, filed a complaint in District Court of Idaho against the FDA. The complaint asks the court to declare that any prosecution of Dr. Gomperts or her patients would be a violation of women's constitutional right and to enter an injunction prohibiting the FDA from taking any action that would cause criminal charges to be brought against Dr. Gomperts and/or Aid Access and/or Dr. Gomperts’ patients. On November 15th, the FDA responded with a motion to dismiss. On December 19th, Dr Richard Hearn replied to the FDA's motion to dismiss. The court will probably decide in the spring of 2020.

The most exciting new project is the research and development of Mifepristone 50 mg as a weekly contraceptive in collaboration with Karolinska Instituted and Tbilisi State University with financial support of Options grant from the Canadian government. We still need more funding to do the research and with your support we can really do it! (here you can make a donation for Women on Waves or Women on Web)

This new non-hormonal, on demand contraceptive will be a revolution for women!

Thank you so much on behalf of everybody working with Women on Waves and Women on Web and women and  people with unwanted pregnancy from around the world!

This option is a great help for women similar in my condition where getting pregnant outside of marriage is considered a crime. Because of this treatment, I cant go to clinic and check on the status of my pregnancy because I’m afraid I will be reported. I hope one day our country will change this inhuman law.

Thank you for being there when i had no one to talk too. You have been of great help to me, i may not be able to thank you in person but from the bottom of my heart, i thank you all.

This experience made me feel very grateful, as I thought of all the women around the world who can't have access to safe abortion, or those of them who don't speak foreign languages or simply can't connect to the Internet. I wish you could have a branch in every country to help women in need. Thank you again for helping me to get out of the most difficult situation of my life.

Im very grateful to know women on web and help me through my difficulties. My pray to you is keep help women with the same as my situation and god bless.

I m very good. I ve totally recovered. I cannot Express in words all my gratitude for you. I want to thank you very very much. You helped me and the process was smooth without the need to see a doctor and make from this a real trauma. At this time I can say I ve totally forgot what happened and is because of your help that I don t hold bad memories. God bless you and thank you 1000 times!