On December 8, 2004, Rebecca Gomperts visited Argentina on the invitation of Noemi Oliveto of the party Selfdetermination & Freedom. 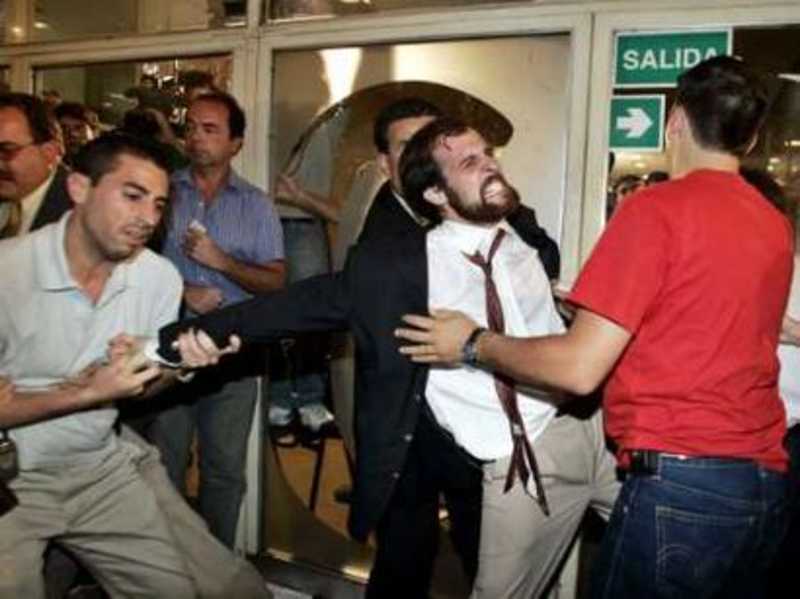 The visit sparked a stir amid city lawmakers after a row in the hall of the Cultural center of San Martin in Buenos Aires, where she was speaking at a conference on December 10. Anti-abortion extremists tried to disturb the conference and were pushing and beating pro-choice activists. After a while the police had to intervene. Because of the clash, the director of the Cultural Center decided to cancel the rest of conference planned for the next day. But it should not be possible that a small group of anti-abortion rights protesters were able to prevent the human right to free expression and undermine a democratic debate about the consequences of illegal abortion in Argentina. Fortunately, an alternative accomodation was found and the conference could continue without further disturbances.
In Argentine, abortion is forbidden and punishable by prison, except when the pregnancy is caused by a rape of a woman with mental illness or when the mother's life is in risk and it cannot be resolved in other ways. In these two cases, the judge first has to give permission for the abortion. However, the extreme delays caused by the court system makes abortion even in these rare cases impossible, because the pregnancy is too advanced by the time the judge makes his decision.

Each year, approximately 400,000 abortions are done in illegal and unsafe circumstances in Argentina. In 2000 some 79,000 hospital admissions due to complications caused by abortions practiced in unsanitary conditions were registered. Of these, around 16,000 women suffer serious permanent physical damage. Each day at least 2 women die unnecessary because of improperly performed abortions.

As everywhere it is women without financial means who suffer from the injustice done by the restrictive abortion laws. Women with money can afford to pay for a doctor who is willing to perform safe abortions for at least 500 USD.
In Argentina more then 40% of the population lives under the poverty threshold.