iTunes release of Vessel, documentary about Women on Waves in Latin America. 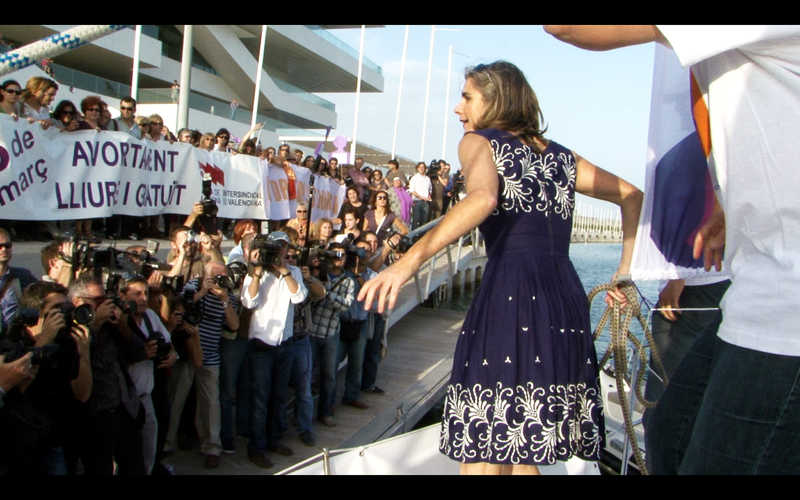 The documentary Vessel follows the last 15 years the Women on Waves, a Dutch non-profit organisation that works to increase knowledge about and access to medical abortion in countries where no safe services are available. The organisation is most known for its ships campaigns to countries where abortion is illegal. After taking women on board in the local harbors, the ship sails to international waters where it can provide legal and safe medical abortion services. Applicability of national penal legislation, and thus also of abortion law, extends only to territorial waters. Outside that 12-mile radius Dutch law that applies on board a ship.

According to the World Health Organization, 42 million women each year choose to have an abortion for many different reasons. Yet many women do not have access to safe abortion services and are forced to risk their lives and health.  Unsafe abortion is a leading cause of maternal mortality. Globally, 48,000 women each year die unnecessarily. Many more women suffer long-term complications such as infertility and chronic pain.

As a result of the media coverage Women on Waves started getting inquiries from women all over the world in need of help. To respond to this need Women on Waves founded Women on Web in 2005. It is a non-profit telemedicine abortion service set up to support women around the world access safe medical abortions.

In some countries, misoprostol, which can also be used alone to induce an abortion, is available for a low price without prescription in pharmacies. In other countries the sale of misoprostol has been restricted and women need other venues to access to medical abortion such as the telemedicine services of Women on Web.

The work of Women on Waves and Women on Web have been featured in the New York Times Magazine http://www.nytimes.com/2014/08/31/magazine/the-dawn-of-the-post-clinic-abortion.html?_r=0  and BBC hardtalk http://www.bbc.co.uk/programmes/n3cstlh6

For more information about the screening of Vessel, please see the website http://vesselthefilm.com.