Here is a day by day account of the campaign, the action, the activists, the reactions on the to this inititiative and the personal impressions of the people involved. 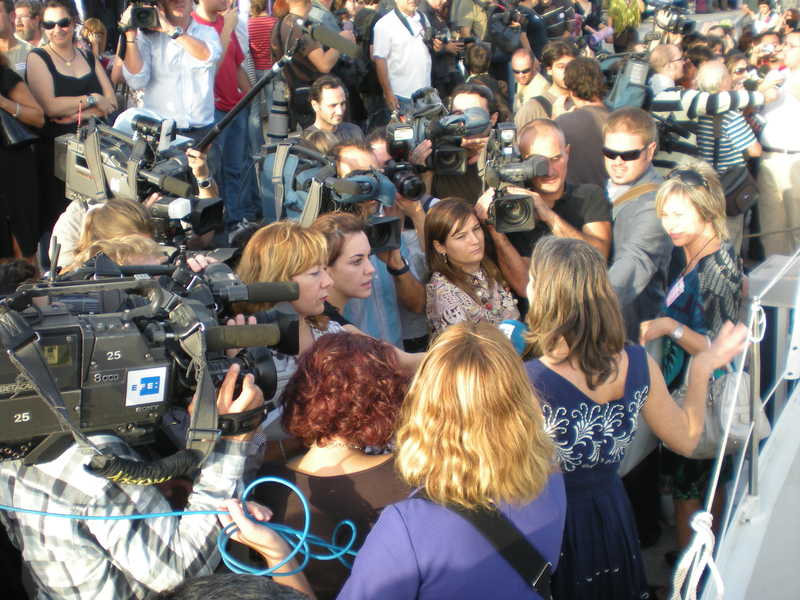 Women on Waves was invited by 33 Spanish organisations (please click here for list) concerned with a better abortion law.  The major of Valencia, Rita Barberá, denounced the ship’s visit as a provocation.
More than 500 people attended the manifestation to celebrate the arrival of the ship even though police imposed a last minute ban on the artistic and musical part of the manifestation. The Dutch parliamentarian Chantal Gill’ard of the Socialist party and the Spanish actrices Isabel Requena Pallares and Pilar Bardem addressed the crowds.
Outside the harbor some anti abortion rights groups protested loudly but they failed to fulfill their promise to prevent the ship from entering the harbour.
The boat was able to sail out to international waters with several women. Outside the spanish territorial waters the women on board could get a safe, medical abortion. It showed that many women are falling through the cracks of the system currently in place, For many women the private clinics are too expensive, other women are too young and cannot get parental consent, are immigrants, and/or live far from clinics and cannot travel.
The campaign was covered by media around the world. Spain finally  legalized abortion in 2010.

If you need help with abortion in Spain now, click here