First Day of the Hotline, First Night of Calls

The news is spreading about the existence of the hotline, "Abortion: More Information, Fewer Risks". The press phone has been ringing all day. The spokesperson has been doing back-to-back interviews with radio and television, and in the evening there is the first shift answering the phone. 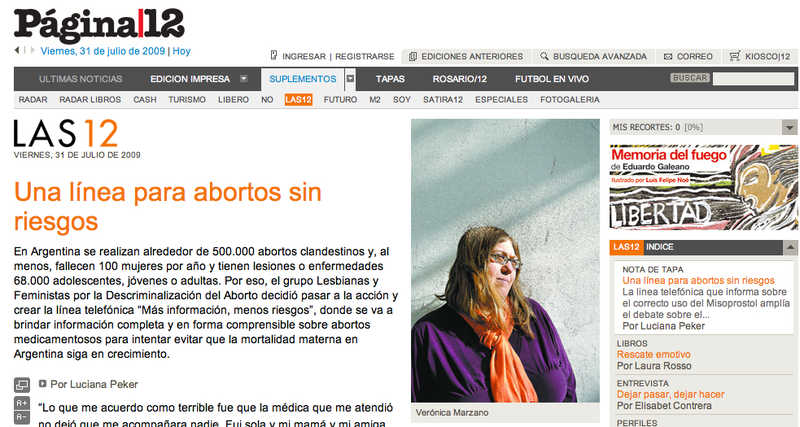 We could see the first press coverage of the campaign, but it wasn't until the next day that we could start to have an idea of the impact the campaign would have, both mediatically and through the hotline itself.

In the morning the first articles were coming out, including a great multi-article spread in Pagina 12, an Argentine newspaper that devotes a special section every Friday to gender issues. We knew this paper would be very supportive but we couldn't gauge the rest of the reactions. During the whole day, the spokesperson was overwhelmed with requests for interviews, including interviews on two major TV news programs, and radios from around the country.

In the evening, the first calls came in to the hotline, not only from Buenos Aires but from around the country! Women called to get information about the correct way to use misoprostol, and the risks involved. Some were alone, and some were accompanied by a partner or family member.